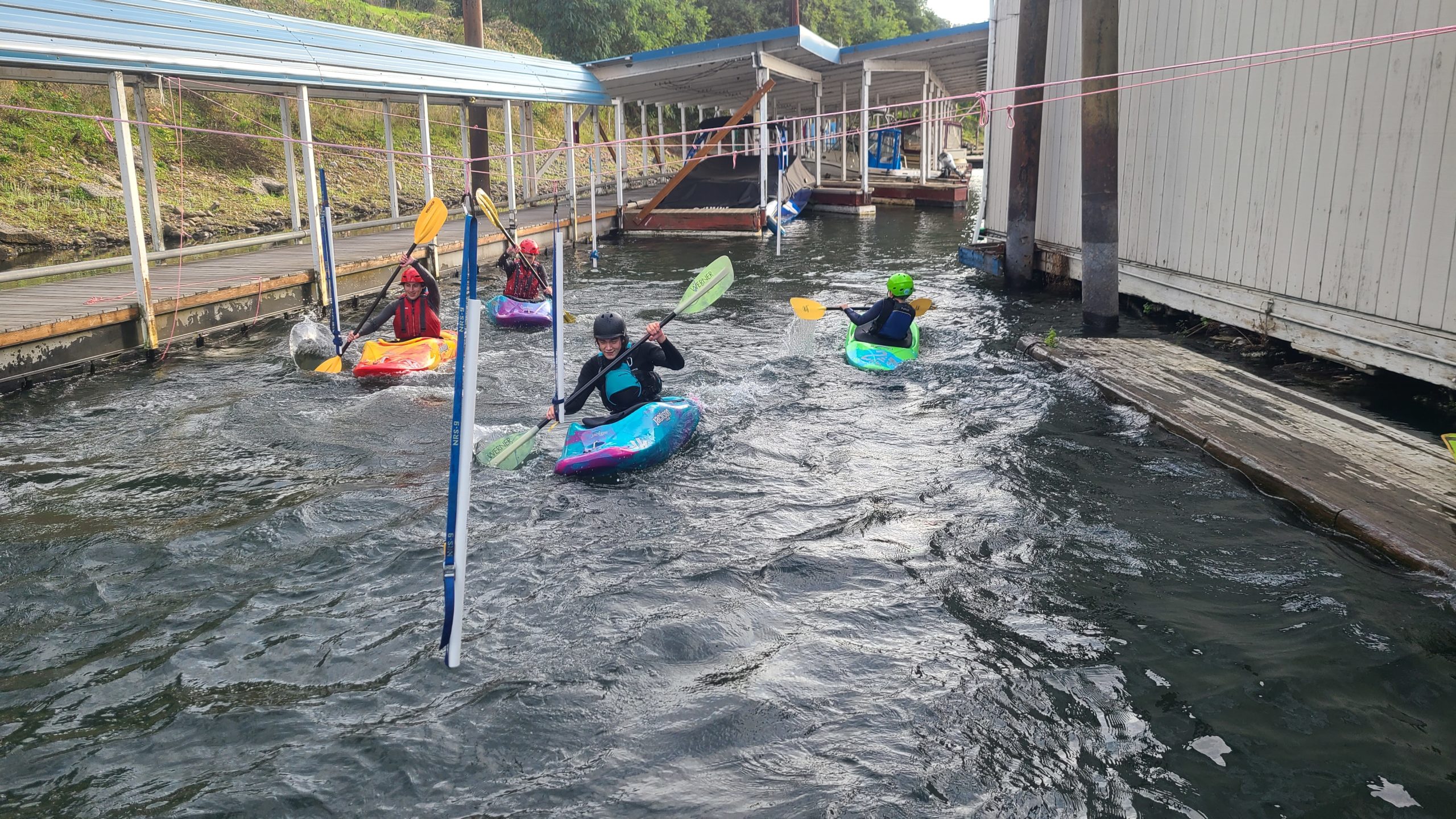 It began as an idea. It continued because of the kids. A chance to create a stimulating environment that builds hobbies and future employment opportunities. A goal to spread our love of paddling to children of all ages, while ultimately letting them do what they do best: have fun. This idea became the Youth Kayak Team. eNRG Kayaking led children all across Oregon to the Rogue, Umpqua, and Deshutes rivers. These Winter Warriors are now finding a home in Oregon City, paddling three times a week – rain or shine.

“In the program I learned about leadership and teamwork, I have been able to grow my skills and have so much fun in the process” says Hannah Langdon, a member of the Youth Kayak Team. The team provides a stepping stone for internships, giving them the tools to find a solid summer job once they become adults.

The frequency of practices allows for small, incremental improvements in paddling skill. While some kids have been paddling in our summer camps for up to six years, other’s used the team as a platform to get into the sport.

“I am fifteen and I’ve been paddling for almost a year,” says Bruce Juarez. “My favorite part of the kayak team is the river runs and I’ve learned that working hard in practice pays off.”

The video above shows the progression our students achieved during the very first season of the Youth Kayak Team. The students are excited to expand this supportive community with new beginners. As Hannah puts it, “I think parents should let their kids join the kayak team because it is a fun way to make new skills and friends.”

Slalom on the Santiam